(Hint: It's a Boudoir Shoot)

Take it from me, a former Playboy model…actually, I think I need to rephrase that. I have a feeling being a Playboy model is a lot like being a Marine. I mean, not in the way that Marines fight for freedom, unless we are talking about braless living; “free boobies!” is a cause I can totally get behind and fight for. I mean, more along the lines of once a Marine, always a Marine. Once a Playboy model, always a Playboy model. And, let’s be real, who doesn’t want to cling to the old days when they were so much fun? Just look at this photo of me and Billy Idol at the Playboy mansion in LA. Oh, the memories…

But, back to the point at hand. Take it from me, a former Playboy model, taking photos in your skivvies seems like the most terrifying thing on the planet. I remember it well and I can hear your thoughts now. “What??? You want me to take photos in my underwear? In front of, like, other people?” At first, your reaction might be, “Um, no thank you, I’d rather have four root canals and let someone snap me with a rubber band nine million times.” (Incidentally, that’s how I describe my bikini area laser hair removal process.)

I know where you are coming from. Things about my face and body aren’t perfect like in magazines, and never were. I have lumps and bumps. I have rolls and wrinkles, creases and folds. Lately I have taken to flapping my bat wing arms at myself in the mirror as a form of entertainment. (My SO and I cut the cable cord and don’t even own a TV, so I do what I can for fun. ) So I get it. It might be nearly impossible for you to list the things you LOVE about your body and would want to show off in a shoot. You might never have tried. But what if I challenged you to do just that? If you had to name five things you adore about yourself as a matter life or death (like the way I am clinging to life in that photo of Billy and me), as in, you HAVE to do it, what would you say?

You probably tend to focus on the negatives instead. Am I right? How many times a day do you second or third guess yourself, your outfit, your hair? How often do you criticize or attack yourself? And what does that do to your soul? To your innate feminine power and radiance? To your FIRE? Let’s turn that around.

I challenge you to change your self-talk to only positive things. If you hear yourself saying or thinking something negative, imagine a stranger was saying that to you, in front of your sister or best friend. What would your sister or best friend say to that stranger and their hate talk? They wouldn’t put up with it and neither should you. So, let’s work to stop it, already! Your body hears your thoughts, so treat it with love and kindness. None of us are born with the self-doubt and negative self-talk; it is something we learn, something we are taught. We have to constantly work to replace it with loving thoughts.

Start now. Want a jump start, a fast track to a little more self-love? A Three Boudoir shoot will leave you with nothing but the most powerful and amazing self-image. You will have nothing but loving things to say to yourself afterwards. You will stand in the mirror sending love and light to the places of your body where you previously were afraid to even glance. That is what a Three Boudoir shoot does for you: it empowers you. You walk away feeling like a zillion bucks because you’ve conquered something so nerve wracking and learned to see yourself in an entirely new way.

Book your shoot now! Three Boudoirs photography and shoot director teams know how to bring out the very best of you. They are armed with an arsenal of poses, know-how and tequila (like I so obviously used in that photo of Billy and me), to accentuate the incredible things you’ve got going on. They quickly become your very best friends and are totally rooting for you to have an amazing experience.

And I am kidding on the tequila. You won’t need it, I promise. 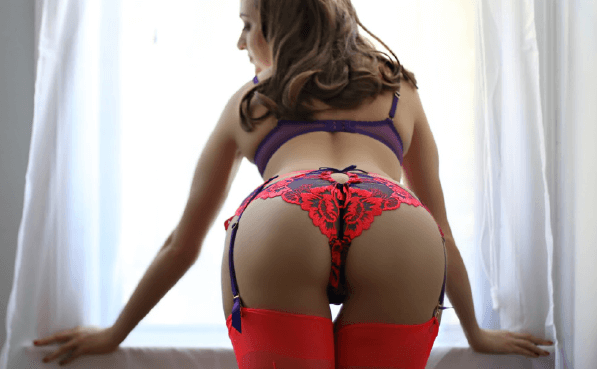 BACK TO BLOG HOME