You know that feeling when the universe is on your side, you are in the flow and doors are opening left & right? Things fall into place magically and everything is aligned. When happy accidents happen left and right and help shape something beautiful?

The Dalai Lama gets it.

That is exactly how Three Boudoir started. A happy little accident that occurred in Dec 2009.

Joanna was at the beginning stages of a divorce. Every day presented a new struggle, errrrrr, opportunity, to remember what it was like to be single. She had to sell her house as a result. It was was on market for less time than it takes to say “Bye Felicia”. It sold in one day and they wanted to settle in 1 weeks time. She needed a place to live, and fast.

Amber was managing her household, raising her pre-teen daughter, studying towards her masters degree, and working full time while her husband was working overseas. She started her day needing a nap. She has always been a superwoman.

Amber & Joanna met during this time, working at the same marketing company. While out of town for the company holiday party they decided to share a hotel room instead of making the drive home. That night they stayed up to the wee early hours of the morning like school girls in their My Little Pony sleeping bags at a slumber party, laughing so hard they cried. It was an instant connection and the foundation of an amazing and supportive friendship. 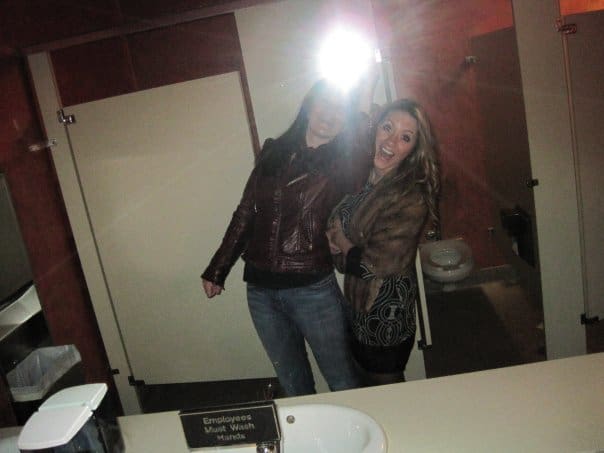 A bathroom selfie (ugh :: hangs head in shame) from that company holiday party in 2009. Joanna in the jeans. Amber with the smile.

Amber, being the kindest person on the planet, asked Joanna to move in with her while Joanna worked through her divorce. Amber had a spare bedroom and would love the company while her hubby was overseas. It was a win-win.

A few short months later it was Amber's husbands birthday. Amber wanted to do something special, maybe something a little sexy, but definitely something tasteful, as a gift for him. She and Joanna talked about ideas, when it dawned on both of them, Amber was a photographer. Joanna had been a Playboy model all through college. Joanna could help pose and style a photoshoot for Amber! Amber could talk Joanna through the photography piece. They could even ask another photographer friend to help. Bam! They did it and were amazed at the boost it had given both of them. Amber felt empowered and beautiful from the photo shoot. Joanna was thrilled to put that Playboy information to good use. Joanna never thought she would do anything with that Playboy information, other than pay for her degrees in Biology and Chemistry (Amber is a super woman and Joanna is a super nerd), and have fun stories to share from her time at the Playboy mansion. See a photo of her & Billy Idol at the Playboy Mansion, here.

They showed Amber's boudoir images to some close friends and family, they were blown away! The next weekend Amber & Joanna spent creating boudoir photography experiences for their friends. Those friends felt amazing afterwards too. There was something to this boudoir experience, conquering fears, working through nerves, boosting self love, it felt great. Everyone felt great. It was bringing so much joy into Amber & Joanna's lives, not to mention the friends that they worked with.

The universe was lining things up! Joanna says that time of her life felt like how a teenager loves selfies. Like her Grandma loves Werthers Originals. Like her upstairs neighbors love to walk their pet elephant at 3am.

The next thing they knew, other friends of friends were calling them to do a boudoir shoot.After a giving up their weekends to do photoshoots for friends for several weeks, Amber & Joanna said, “this is a business!” They stayed up until 4am several nights in a row (snuggled in their My Little Pony sleeping bags) researching products, pricing, and building their very first website. (They had no website building experience, at all.) 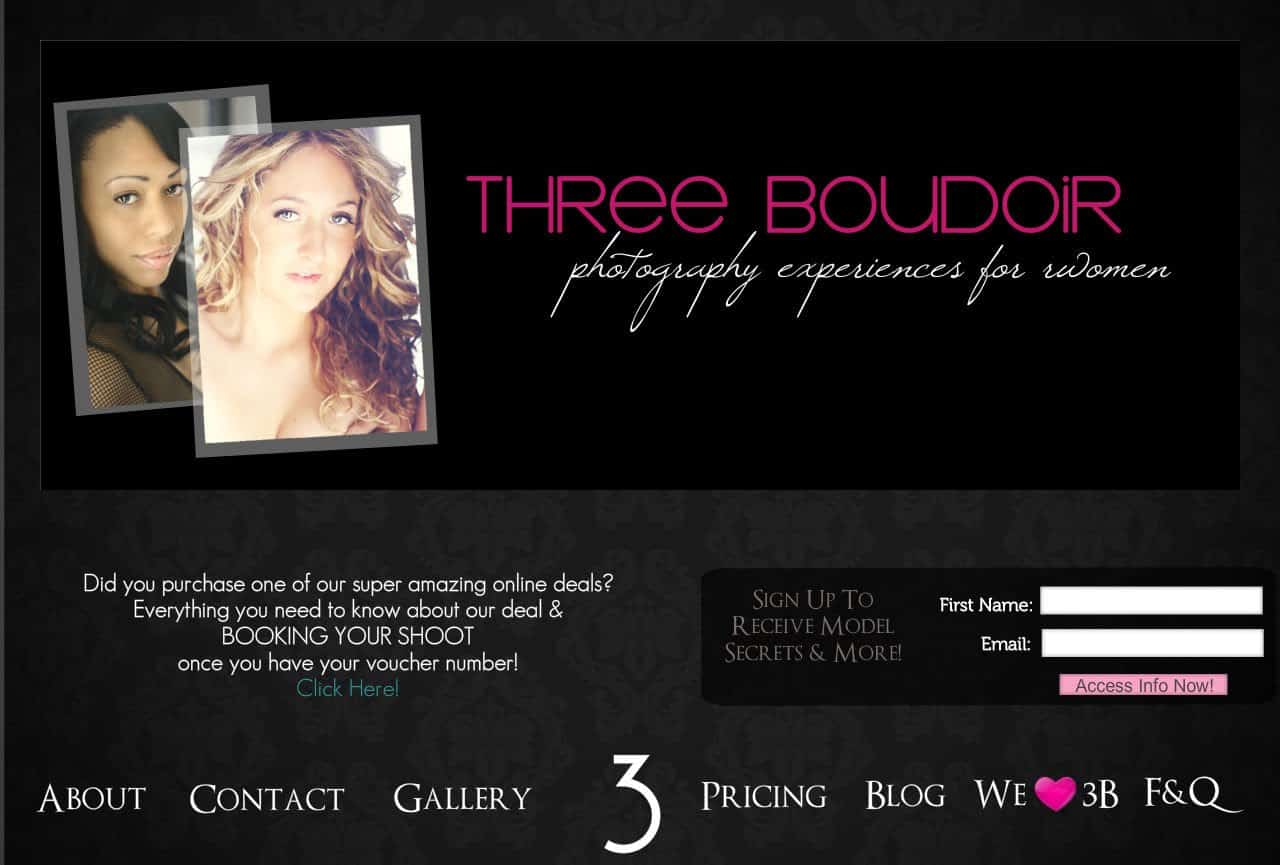 Three Boudoir's very first website from 2009. Joanna & Amber built it themselves and only had to punch a pillow 500 times as they did it.

9 year later and Joanna finally moved out. (Kidding. Kidding. She lived with Amber about 4 months total.) Three Boudoir is in 5 cities across the nation. We are a small team of photographers and shoot directors that are super close friends (just like Joanna & Amber were from the beginning), that travel from city to city to create these incredible empowering photography experiences for all types of women. We get to know you and work with you to create a fun experience and smokin' hot photos.

We do everything in house. Your photographer and shoot stylist are also going to edit your images and design your product, they worked with you at your shoot, they know you, who better than to create your final product? We don't outsource editing or design to strangers or ask someone that doesn't know you to work on your products.  Our shoot teams work in pairs at your shoot and are the best of friends outside of shoots. We are also mostly family.

If you get an email from Lilly, that's Ambers daughter mentioned above.

If you get an email from Erin, that is Joanna's sister-in-law.

If you get an email from Maura, that is Amber's sister.

If you get an email from Meagan, know that she and Maura have been best friends since nap-time in kindergarten.

We can't wait to welcome you into the Three Boudoir family. 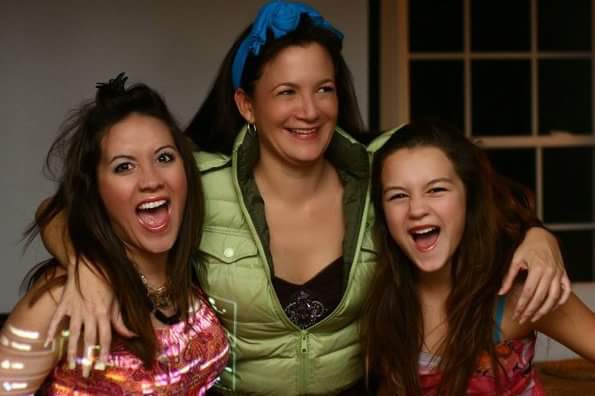 Amber, Joanna and Lilly when Joanna lived with Amber and during the early days of 3B, long before Lilly was a team member. (This was part of a holiday lip singing contest that Amber does every year with family at Christmas. They sang a Wilson Phillips song, dressed like this, and lost.)

The page you requested could not be found. Try refining your search, or use the navigation above to locate the post.

Want to know when we write more?
Want information on our pricing and packages?

Slip a love note into our locker with the form below and we’ll get back to you via email.